Predictions for IoT: investments in NB-IoT, LTE-M and new capabilities prepare operators for an active 2018

Operator revenue and connection numbers for IoT continue to grow – annual growth rates of around 20% are typical. However, the billion-dollar acquisitions or contract wins of previous years have been absent in 2017. That said, telecoms operators have been building out IoT connectivity networks (NB-IoT and LTE-M in particular), adding capabilities (such as application and device management platforms) and working with the broader ecosystem (including developers, cloud players and hardware vendors). All of which should set the market up for an active 2018.

In this article, Analysys Mason's analysts and consultants outline our expectations for IoT in 2018. 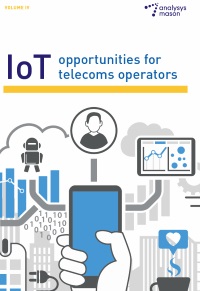 Our fourth collection of articles that explore how telecoms operators can make the most of the IoT opportunity.