Low-Earth orbit (LEO) satellites orbit 160–2000km above the surface of the Earth and are currently being developed at an unprecedented rate. They are attracting interest from mobile operators that wish to deliver broadband connectivity to remote areas due to their low latency compared to that of other types of satellite (as low as 20ms) and high bandwidth per user compared to that from cable, copper and pre-5G fixed-wireless services. Indeed, one of the major downsides of geosynchronous equatorial orbit (GEO) satellites is their high latency because they orbit at least 35 786km above the surface of the Earth (Figure 1). 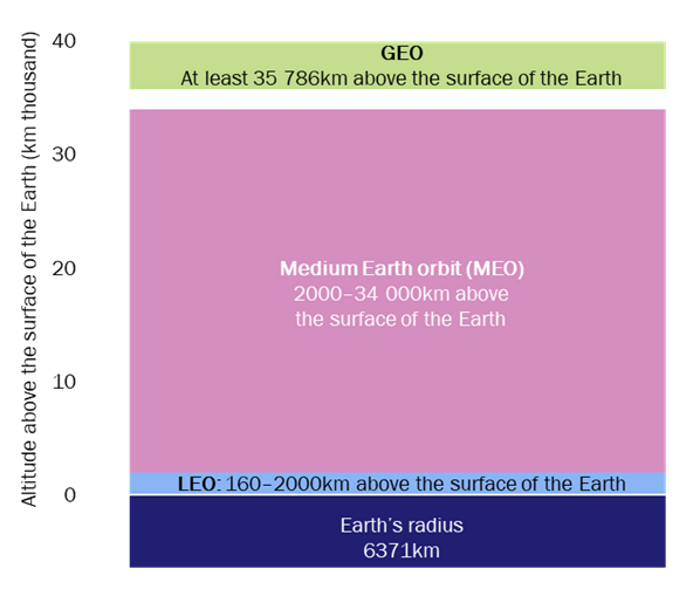 Many telecoms operators are partnering with LEO satellite providers to supply mobile broadband in areas where the deployment of fixed-line broadband or terrestrial wireless is uneconomical or unreachable. However, such alliances bring risks as well as potential new revenue.

Connectivity is provided by LEO satellite constellations. A single constellation must be formed of thousands of satellites to give worldwide coverage. For example, Starlink has 1800 satellites in orbit as of October 2021 and has coverage in 20 countries.

The three satellite operators with the most commercial maturity are Starlink, OneWeb and Telesat. All three have launched satellites using the Ku and Ka band, though some are also considering using the V band (Figure 2). These high-frequency bands enable higher data throughput, higher bandwidth, smaller antennas, narrower beams and greater security than traditional satellite bands (below 12GHz). However, they are also more susceptible to weather damage and rain fade, though exposure can be reduced by amending the ground station design and signal modulation. 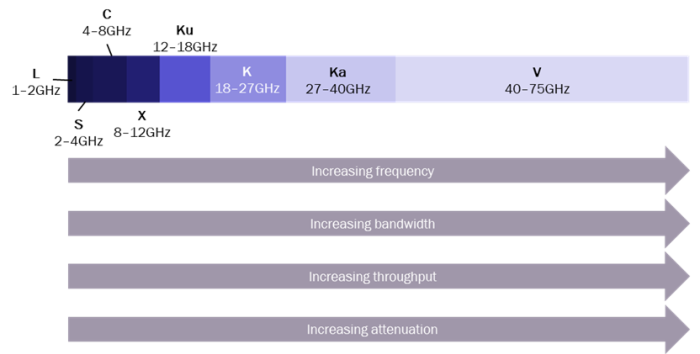 The ‘big three’ are pulling away from the large pool of smaller satellite providers, even though they are still in the early stages of deployment. Mobile operators must therefore quickly decide which partnerships to form. The risk associated with partnering with one of the ‘big three’ satellite providers is that the operator is placed low down on the partnership priority list. These satellite providers also pose a threat to telecoms operators that are looking to provide terrestrial broadband because they are directly competing for the same customers. A potential resolution is to form operator–satellite provider partnerships. Further details on such partnerships can be found in Analysys Mason’s Low-Earth orbit satellite tracker. However, the uncertain financial viability of LEO satellite models means that operators should be cautious about forming partnerships. Indeed, OneWeb filed for Chapter 11 bankruptcy in 2020 after failing to secure sufficient funding from investors (though it has subsequently received new financing).

Some of this financial uncertainty has been driven by the COVID-19 pandemic, which has intensified risk-averse behaviour from investors. Social distancing measures have also caused a significant slowdown in the development and manufacturing of LEO satellites. However, the pandemic has boosted the demand for internet connectivity, and LEO satellites are an attractive solution for accelerating the deployment of new connectivity infrastructure. Operators themselves are investing in satellite companies, and this is another way for them to improve the balance of power in partnerships. For example, Bharti and SoftBank both have stakes in OneWeb.

However, the high user costs may still deter customers, despite growing interest in space technology. For example, the consumer set-up price for Starlink’s internet costs USD598 (including the Starlink kit and deposit), on top of the monthly rate of USD99. This is significantly higher than the cost of traditional fixed-line internet (the average spend per user per month on fixed broadband access in Western Europe was USD31.46 in 2Q 2021). This is particularly problematic given that many satellite providers’ primary use case is the provision of satellite broadband in rural areas. Generally speaking, the population in rural areas is less wealthy than that in urban areas, and as such, may not be able to afford satellite broadband.

Nonetheless, the demand for the high bandwidth and low latency that LEO satellites can provide is growing due to the boom in online shopping, gaming and social media use. New solutions such as in-flight connectivity, which Eutelsat is currently working towards, and other IoT services are also growing in popularity. Amazon could use its LEO satellite technology (from Project Kuiper) to track delivery drivers, for example. This would be particularly useful when travelling internationally because it avoids having to switch operators at the border. Mobile backhaul is another use case for LEO satellites.

LEO satellite constellations are still in their early stages of deployment, so the role of LEO satellite technology in the telecoms industry has not yet been finalised. However, the demand for LEO satellite services may become significant if providers can offer competitive prices. The cost is still the largest obstacle to the long-term viability of satellite broadband, and operators must work with suppliers to bring this down. Nonetheless, Starlink already has 90 000 users, which shows that there is some demand for LEO satellite connectivity. Operators should therefore consider partnering with LEO satellite providers to drive new revenue streams, rather than seeing them as challengers. 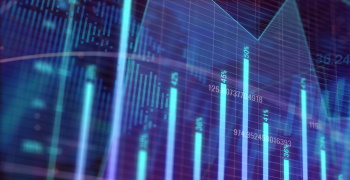 5G and beyond: evolving 5G business models to 6G