"Approaches to ensuring an even distribution of spectrum in 5G mid-band auctions, plus options to incentivise coverage, tend to vary by country, but there are certain approaches that are more common than others."

Analysys Mason worked on a study during January 2022 with the Canadian telecoms company, TELUS, to examine pro-competitive measures and coverage obligations for 5G spectrum in the 3400–4200MHz mid-band in various countries. The study was motivated by a consultation by the Canadian government on a policy and licensing framework for spectrum in the 3800MHz band, which sought input on various questions including network build-out requirements.

As part of its response to the Canadian government’s consultation, TELUS asked Analysys Mason to compare how spectrum in the 3400–4200MHz band has been awarded in 24 high-income countries, all of which are members of the Organisation for Economic Co-operation and Development (OECD).

Our report discusses that the focus of mobile network investment in the 5G era is on deploying new mid-band capacity with spectrum in the 3400–4200MHz band as a means of introducing new mobile services. National regulators can opt to make mid-band spectrum available in various ways and may seek to satisfy differing objectives through pro-competitive measures and coverage obligations.

The report compares the different measures that apply in the selected countries, including spectrum caps, coverage obligations and other options to incentivise coverage roll-out.

Some of our findings are as follows. 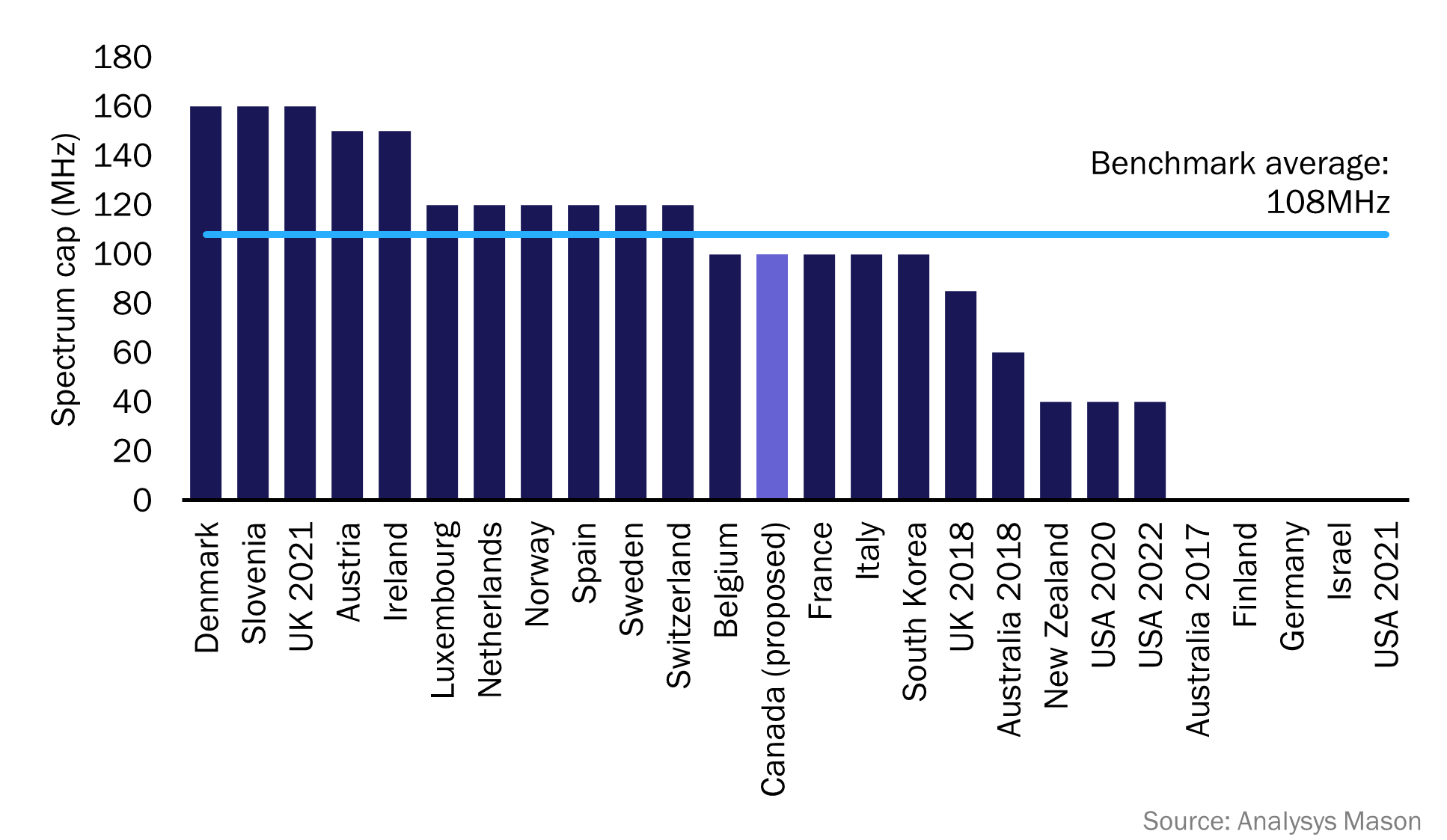 Our detailed findings can be found by reading the report, Pro-competitive measures and coverage obligations in mid-band auctions. For more information on this topic, please contact Janette Stewart, Partner.