Sigfox accounts for fewer LPWA deployments than NB-IoT and LoRaWAN, but the company is finding its niche


"Established operators are choosing NB-IoT and LoRaWAN for LPWA networks, but start-ups in underserved markets are choosing Sigfox technology as a low-cost alternative."

Operators continued to invest in LPWA networks throughout 2018 and early 2019 – the total number of announced networks increased from 279 in 2Q 2018 to 356 in 2Q 2019. NB-IoT is the most commonly used technology; 112 NB-IoT networks have been announced so far and 103 using LoRaWAN technology. Sigfox announced just two new networks between 2Q 2018 and 2Q 2019, but the company is having some success as a low-cost, alternative solutions provider in underserved IoT markets.

Established operators are focusing on NB-IoT and LoRaWAN, but start-ups are choosing Sigfox technology 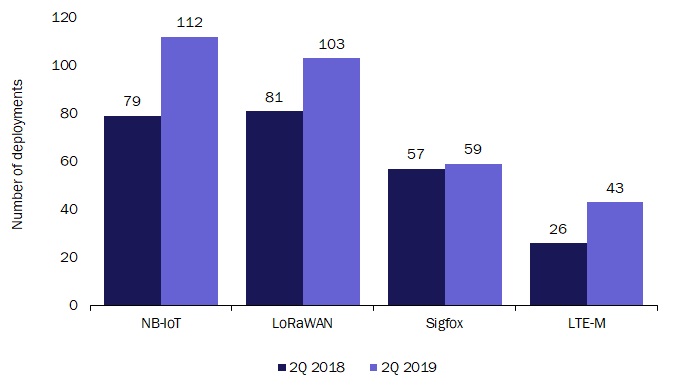 Figure 1 shows the change in the number of announced networks but does not give a picture of how existing Sigfox networks are faring. Sigfox announced just two new networks between 2Q 2018 and 2Q 2019, but established Sigfox networks have won several high-profile contracts in the last 12 months. Sigfox has done well for the following reasons.

Sigfox has been most successful in countries where established operators were slow to deploy LPWA networks and Sigfox network operators may have gained a first-mover advantage. Some Sigfox operators have reported winning sizable contracts for devices on their networks, for a range of use cases (see Figure 2).

The start-up Thinxtra launched a Sigfox network in Australia in 2016, nearly a year before the first NB-IoT network was operational in the country. Thinxtra had 2.2 million connections on its Sigfox network in September 2018, a significant achievement for any IoT network. To put that into perspective, Telstra reported 2.8 million IoT connections at the end of 2018, which is comprised mainly of traditional cellular connections gained over the last decade.

UnaBiz in Singapore is another Sigfox network operator that has taken advantage of its early mover status. Established operators M1 and Singtel announced plans for an NB-IoT network in 2016 but did not launch commercially until August 2017 and March 2018 respectively. However, UnaBiz launched a Sigfox network as early as July 2016, and by November 2017 had won a significant contract with O Bike to provide a low-cost tracking solution for 1 million bikes.

Sigfox claims that its module costs can be as low as USD2, depending on volumes, significantly lower than other technologies (for example, NB-IoT modules are thought to cost more than USD6). It is also able to support high volumes of low-bandwidth devices cost effectively; its average revenue per customer (ARPC) is lower than USD1 per year for some solutions.

South African operator Sqwidnet claims it is up to ten times cheaper to operate devices on its Sigfox network than it is on cellular networks. Sqwidnet delivers connectivity solutions for smart city use cases and for asset tracking, such as the monitoring of manholes to prevent theft. Sqwidnet agreed with channel partner SMME IoT to connect 1 million devices over 3–5 years, starting with 2500 water meters.

The low-cost advantage can be equally important in developed markets. Sigfox Spain has 2 million active devices connected to its network – giving it a 30% share of IoT connections in Spain in February 2019 (according to data from Spain's telecoms regulator) – thanks to a large contract with Securitas for a low-cost, high-volume alarm system. Heliot rolled out Sigfox networks in Austria, Liechtenstein and Switzerland during 2018 and has won contracts in the logistics and supply chain sector. Heliot claims that with recent contract wins, it has the potential to connect millions of devices within 3–5 years.

Sigfox can continue its success by carefully choosing its target markets

Sigfox had a series of management changes and faced speculation about its future in the press during 2017 and 2018. It has endured by capitalising on untapped demand, aided by arriving early to market and at a sufficiently low price point that those markets can bear. The big contract wins are evidence of Sigfox's strengths in taking advantage of its early presence in underserved IoT markets as well as exploiting its low-cost advantage to connect cost-sensitive use cases. Sigfox (and LoRa) may also benefit from the uncertainty surrounding Huawei, which has built many of the established NB-IoT networks. Sigfox should continue to choose its target markets strategically, and play to its strengths as a viable, low-cost technology in underserved IoT markets.

1 A few caveats need to be considered when comparing the number of networks. For instance, Sigfox operates one core network, but has access networks in 59 different countries. Other caveats are discussed in Analysys Mason’s LPWA technologies: NB-IoT and LoRa were the leaders in 2017.