"The direct satellite-to-device market is the largest opportunity in the history of satellite communications."

T-Mobile and SpaceX announced a technology partnership (Coverage Above and Beyond) to develop direct satellite-to-smartphone connectivity for improved mobile network coverage and resilience. The initial offer is limited in scope and capability but signals important new opportunities for both the satcom and telecoms industries.

The companies expect the announcement to lead to a new service that will be available in late 2023 or more likely in 2024. The service will initially be limited to messaging. Throughput is expected to be just 2–4Mbit/s per satellite cell, coverage of which could be more than 100km in diameter. It will work with existing smartphones but messaging apps will need to be adapted to support the service. It will require new satellites with very large, advanced antennas that SpaceX will launch next year, and the FCC will need to approve the use of T-Mobile’s PCS mid-band spectrum.

The service is going to be useful in places that have no cellular coverage at all; any terrestrial coverage would provide better service. However, the satellite service will also be useful in places where natural disasters have destroyed the cellular coverage in a given area. The initial announcement applies only to the USA, but T-Mobile CEO Mike Sievert noted that the USA has 500 000 square miles of territory without cellular coverage. In the announcement, Sievert and SpaceX owner Elon Musk urged mobile network operators around the world to offer similar services.

This is a significant change of direction for SpaceX’s Starlink technologies and business models, but the move is not a surprise to Northern Sky Research (NSR) (an Analysys Mason company) because the direct satellite-to-device market was identified as the largest opportunity in the history of the satellite communications industry in a report published last year. The direct satellite-to-device market will generate over USD60 billion in revenue in the next 10 years and will support over 350 million subscribers by 2030 (Figure 1). 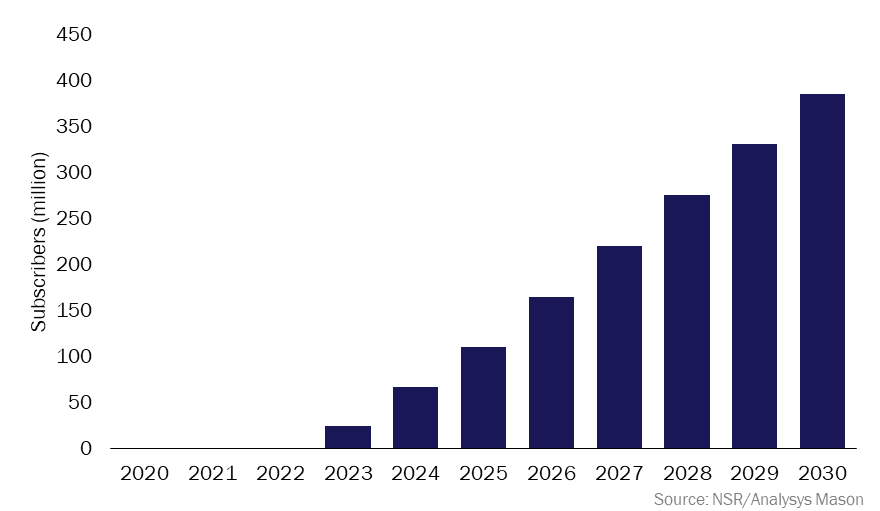 For the telecoms industry, direct satellite-to-device solutions are a key step in moving beyond terrestrial networks to provide services. We forecast that satellite broadband products and services will generate USD220 billion in annual service revenue by 2030. Remote service coverage, the focus of this announcement, is only a small proportion of the overall satellite-provided services market, as depicted in Figure 2. 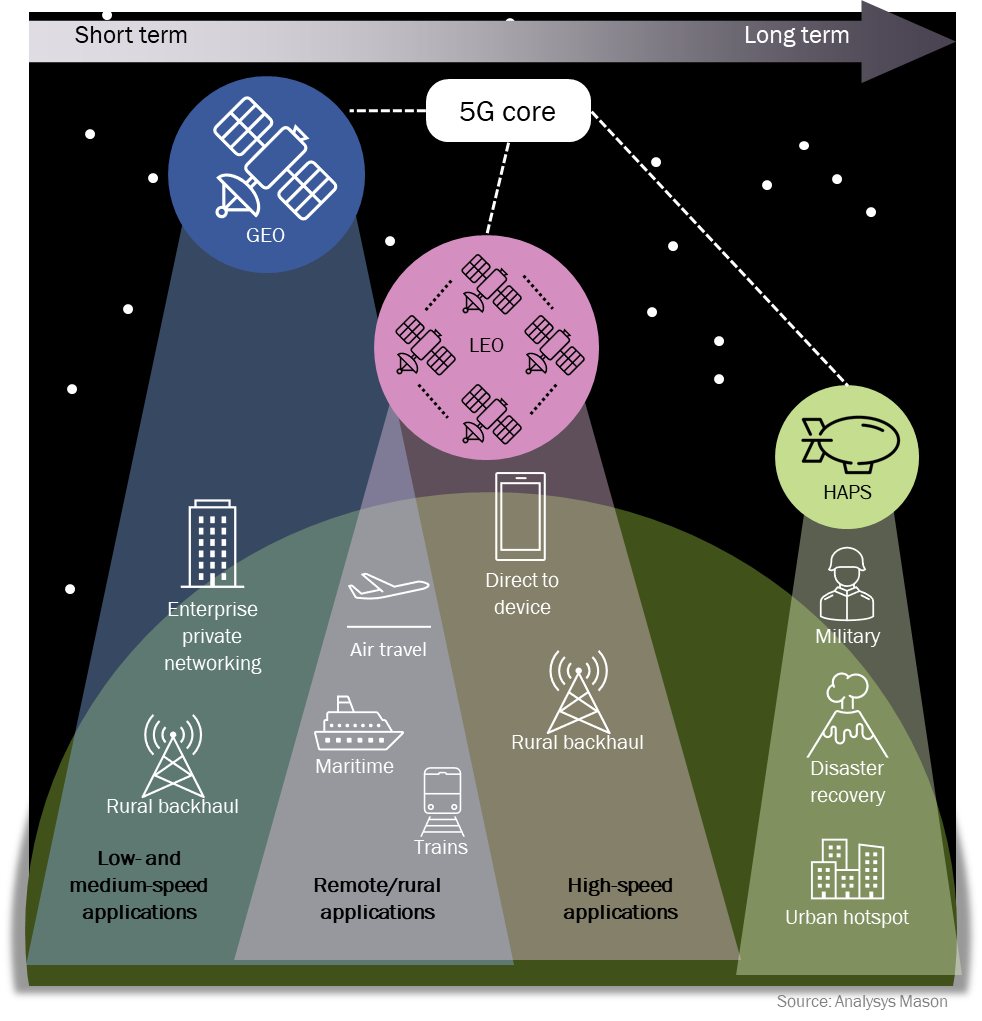 Who else is in the direct satellite-to-device market?

As with anything related to Elon Musk, the announcement generated a lot of buzz. But as Mike Sievert made clear, the announcement was not about a product but a technology alliance and many aspects still need to be defined. So, the plan to start services by end of 2023 seems to be extremely ambitious, beginning with the need to receive clearance to use terrestrial spectrum from space.

It is clear that SpaceX has been working on this for some time (it acquired IoT satellite company Swarm Technologies in August 2021 and asked the FCC for permission to use spectrum in the 2GHz band), other space companies are ahead in the process; examples include Lynk (Tower 1 is the first commercial ‘cell-tower-in-space’) and AST SpaceMobile (the BlueWalker 3 test satellite is expected to launch by mid-September, its first block of commercial satellites is expected to launch by the end of 2023 and it has partnerships with MNOs representing more than 1.8 billion subscribers). Even traditional mobile-satellite service operators are working to open their existing constellations to mainstream devices like Globalstar (in partnership with a “large, global customer to use Band 53/n53”) or Iridium. Other opportunities are demonstrated by the combined work of Omnispace and the U.S. Navy or Lynk’s partnership with Aliv to develop maritime services.

Groups of companies have been forming to develop the base technology for the telecoms industry; for example, Inmarsat and MediaTek; and Ericsson, Qualcomm and Thales.

Spectrum is a key concern with mobile communications. There are two ways to acquire spectrum for direct satellite-to-device connectivity:

The direct satellite-to-device market is the largest opportunity in the history of satellite communications and will soon be a reality now that non-terrestrial networks are included in the definition of 5G and multiple innovators are working to make the technology happen. The SpaceX/T-Mobile announcement brings a great deal of attention to an opportunity that has been developing for several years.

Direct satellite-to-device services also create new opportunities for telecoms but they will have to adapt to new business models and develop new partnerships to pursue these opportunities.

NSR (an Analysys Mason company) was founded in 2000 and is a prominent global provider of satellite and space market research and consulting services.