Sustainability rises to the top of European operators’ agendas


"Contracts with renewable energy suppliers exaggerate operators’ green credentials, but operators do have a particular, positive role to play in the journey towards decarbonisation."

Several European operators have recently put environmental, social and governance (ESG) issues at the very top of the agenda when announcing their long-term strategies. As José-María Álvarez-Pallete López (CEO of Telefónica) put it in November, “the central axis of our strategy requires innovative, intelligent and sustainable technology solutions that generate a positive impact on the environment and help manage the digital transition.” This comment looks at the environmental sustainability side of operators’ businesses.

There is a common agenda behind operators’ strategy announcements. The incoming European Commission has a new ‘Green Deal’ initiative, which pushes to commit the bloc to becoming carbon-neutral by 2050. This is a stronger commitment than was set out in the EU 2030 Climate and Energy Framework (agreed in October 2014); the goal in this case was to “reduce greenhouse gases (GHG) by 40% below 1990 levels by 2030, putting the EU on the most cost-effective path towards an 80-95% reduction by 2050.”

What role do operators play in reducing carbon emissions?

Operators’ energy consumption rose by about 5% in 2018. Operators must balance rising demand with cutting emissions. Any business can directly modify emissions by:

There are also practical, achievable ways for operators specifically to reduce Scope 1 and 2 emissions.

The switch to a renewable energy supply is, in effect, a switch of contract, and the actual level of impact is debatable. There is not always a local renewable energy supplier available to help operators to reduce their Scope 2 emissions. If the electricity grid has a mix of suppliers, it is impossible for every household and business to purchase a favourable emission factor. The opportunity cost associated with this purchase may be to forgo the kinds of real-impact investments listed above. Some argue that carbon offsetting is papering over the real issue of overconsumption.

Operators are making slow progress in reducing their emissions

It is difficult to know exactly how to benchmark companies that face growing end-user demands (such as operators), especially when data-carriage efficiency appears merely to encourage demand. The amount of carbon dioxide equivalent (CO2e) per gigabyte seems unreasonable as a measure of carbon intensity; an operator could do nothing, watch usage grow and appear less intense. The measure shown in Figure 1 is the amount of CO2e per US dollar of revenue.

Figure 1: Amount of CO2e per US dollar of revenue earned (from both Scope 1 and 2 (market definition) emissions), selected operators, 2017 and 2018 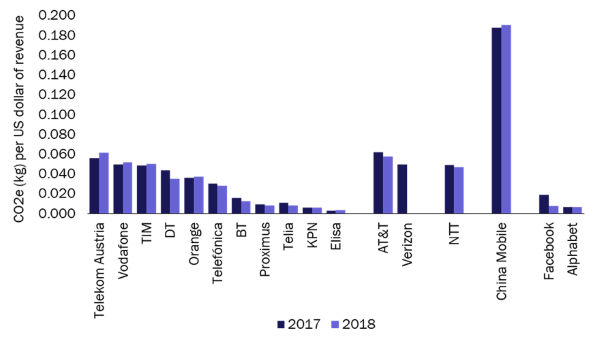 Figure 1 paints a mixed picture. Operators’ performance in 2018 was more often than not a little improved on that in 2017, and, in general, operators in Europe perform better than those in other regions. However, the figures probably reflect the contracted power supply more than anything: the China Mobile results in Figure 1 scream ‘coal’.

Some European operators already contract a 100% renewable energy supply in their domestic markets, but this is more difficult to achieve elsewhere. Scope 1 and 2 GHG emissions in the EU have actually fallen by over 20% since 1990; this is more than in other global regions. However, Europe is an odd case because it imports far more goods from the rest of the world (and less-regulated markets) than other global regions. It is no good being clean at home if the (non-European) supply chain is dirty.

What European operators can do with respect to Scope 3 emissions (emissions from the supply chain) is more difficult to measure, and fewer operators attempt to report this, let alone set targets. However, a few do. Telia, for instance, aims to be carbon-neutral across its supply chain by 2030, and large businesses like this have the clout to influence behaviour upstream.

What is in it for European telecoms operators?

Sometimes commercial and environmental objectives overlap nicely, but often this is not the case. Placing the environment at the top of the agenda makes sense for the following reasons.

In all of the above respects, telecoms looks like any other large infrastructure-based vertical, and its emission levels are sensitive to power supply contracts, above all else. In fact, telecoms and the broader ICT industry has a particular, positive role to play in the journey towards decarbonisation. The telecoms industry has an impact on downstream end-user consumption and emissions that can be quite positive. For example, it could enable a reduction in journeys, create energy and space efficiency through FMC bundling, reduce short-lifespan electronic junk through the consolidation/virtualisation of dedicated residential and business CPE and control waste through IoT monitoring. Indeed, some operators have already started to work on understanding and expanding their impact. For example, BT, which by its own estimates consumes about 1% of the National Grid in the UK, has an ambition to “have helped customers cut their carbon emissions by at least three times our own end-to-end carbon impact” by 2020. NTT has a similar 10:1 target for 2030.

Operators must address the connectivity divide between urban and rural areas