Figure: Overview of price competitiveness* of operator’s fixed plans considered in the benchmark 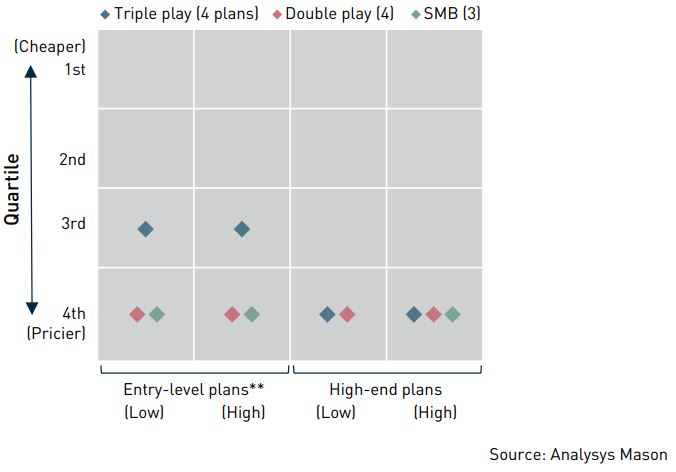 * Price competitiveness expressed in the form of quartiles (first/second/third quartile): operator ranks among 25%/25–50%/50–75% lowest-cost plans included in the benchmark; ** Note that for simplicity we divided each set of four triple-play/double-play plans into two entry-level plans (low and high) and two high-end plans (low and high). Only three SMB plans were included: we have considered these to comprise one entry-level (low), one entry-level (high), and one high-end (high) (i.e. no high-end (low))

We were commissioned by our client, a Middle-Eastern telecoms national regulatory authority, to conduct an international retail price benchmarking exercise, with the objective of comparing the prices for mobile and fixed services in the country against prices in other countries